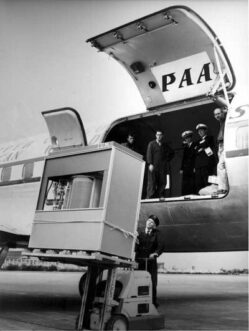 The hard drive is one of the most important pieces of technology in our computers. It stores all of our data, from pictures and music to documents and email. But have you ever wondered how the hard drive came to be? In this blog post, we will explore the history of the hard drive. We will start with the earliest hard drives and trace the evolution of the technology through to today’s modern drives. Along the way, we will learn about some of the key inventions and milestones that made the hard drive what it is today.

The first commercial hard drive was the IBM 350 RAMAC, which was introduced in 1956. The drive had a capacity of 5 MB and used spinning disks to store data.

The IBM 350 RAMAC was the first commercially available hard drive. It had a capacity of 5 MB and used spinning disks to store data. 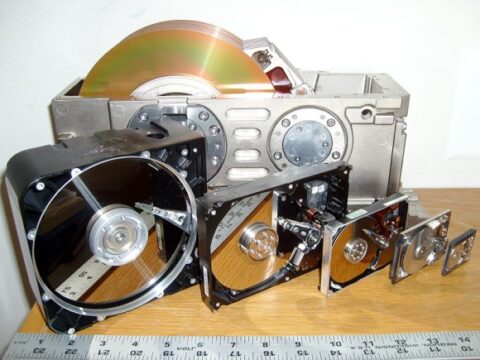 The first air-bearing read/write heads were developed in 1961 by IBM. These heads floated on a cushion of air, allowing them to fly very close to the surface of the disk without touching it. This reduced wear on the head and disk, and made for a much more reliable storage device.

The first hard drive technology to use removable media was the Disk Pack Drive, introduced by IBM in 1965. This system used a stack of 50 disks, each with 100 tracks and 20 sectors per track. The data was read and written by a head that moved vertically across the disk surface.

The Disk Pack Drive had a capacity of 5 MB and could be removed from the drive for storage or transport. The drives were expensive, however, and did not become widely used. 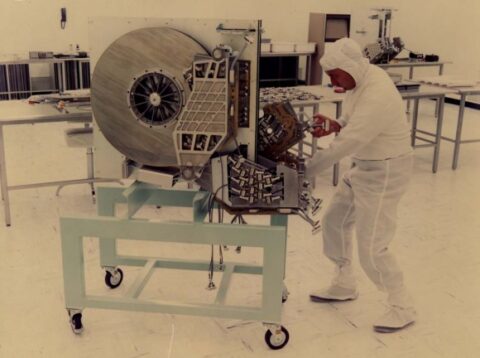 The floppy disk was invented in 1970 by IBM engineer Alan Shugart. The first disks were 8 inches in diameter and could store up to 80 kilobytes of data. In 1971, Shugart and co-inventor Robert Dennard miniaturized the disk to 5¼ inches, which became the standard size for floppy disks. The capacity of these disks increased over time, with the introduction of 3½-inch disks in 1981 capable of storing 1.44 megabytes of data.

The floppy disk was once the primary means of storing and transferring data for personal computers. However, its popularity began to decline in the 1990s as newer, more reliable storage technologies emerged, such as hard drives and USB flash drives. Despite this, the floppy disk remained in use into the 21st century, especially in developing countries where newer technologies were less prevalent.

In 1980, IBM released the first hard disk drive for microcomputers, the IBM 3380. This was followed by the release of the Shugart SA1000 in 1981. These drives were much smaller and more affordable than earlier hard disk drives, making them popular for use in personal computers.

The first hard disk drives for microcomputers used spinning platters with a read/write head on a moving arm that accessed data while the platters were spinning. This design is still used today, though the drives are much smaller and have faster data transfer rates.

While hard disk drives have evolved over the years, their basic function remains the same: to store large amounts of data in a small space.

The mid-1980s saw the introduction of two important technologies that would have a lasting impact on hard drives: IDE and SCSI.

Both technologies were initially developed for use in the business world, but they quickly found their way into the consumer market as well. IDE drives became the standard for personal computers, while SCSI drives remained popular in servers and high-end workstations.

Today, both technologies are still in use. IDE drives are typically used in lower-end systems, while SCSI drives are still found in servers and high-performance PCs.

The late 1980s saw the expansion of RAID technology, which allowed hard drives to store more data than ever before. This was a critical development for hard drive manufacturers, as it allowed them to increase the storage capacity of their drives without increasing the cost. RAID technology is still in use today, and has been instrumental in the growth of the hard drive industry.

2003 – Introduction of the SATA Interface

The introduction of SATA marked a major milestone in hard drive technology, as it paved the way for future generations of high-performance drives. Today, SATA is the standard interface for most consumer-grade hard drives.

2007 was a big year for hard drives, as it saw the release of the first 1TB drive. This was a huge increase in storage capacity from the previous generation of drives, which topped out at around 500GB. The new 1TB drives were also much faster, with a data transfer rate of around 3Gbps.

While 1TB might seem like overkill today, back in 2007 it was a game-changer. With this much storage, users could finally store all their music, movies, and photos on their computer without having to worry about running out of space. And the fast data transfer rate meant that accessing and saving files was quick and easy.

The release of the 1TB hard drive was a major milestone in the history of hard drive technology, and paved the way for even larger and faster drives in the years to come.

2011 was a big year for hard drives. Not only did the first 1 terabyte platter make its debut, but hard drives also began to transition to the solid state format. This was a significant development because it meant that hard drives could now offer faster speeds and greater capacity than ever before. 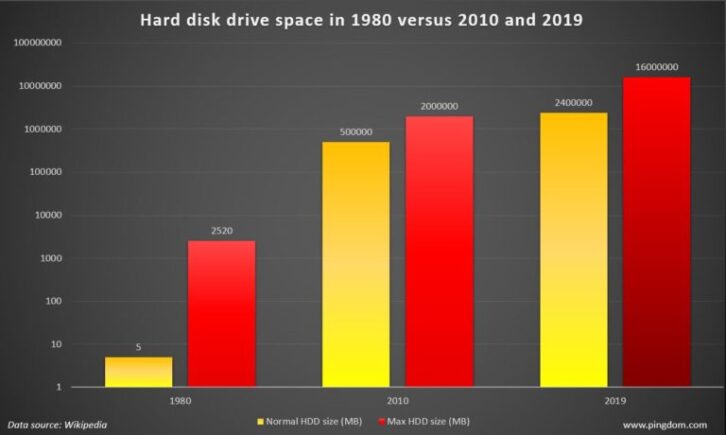 The transition to solid state hard drives is an ongoing process, and it is expected that all hard drives will eventually be made in this format.

2014 was the year that helium-filled hard drives began to take off. In the past, hard drives had been filled with air, which made them more susceptible to damage from shocks and vibrations. Helium is much less dense than air, so it helps to protect the delicate components inside the hard drive from impact.

In 2018, we saw the release of the world’s first 16TB hard disk. This drive is currently the largest capacity consumer-grade hard disk available on the market. We also saw the release of several new NVMe SSDs, including models from Samsung and Western Digital.

Looking ahead to 2019 and beyond, we can expect to see even higher capacity hard disks and more powerful NVMe SSDs hitting store shelves. So whatever your storage needs may be, there’s sure to be a drive that meets them!

After reading through this hard drive technology timeline, it’s easy to see how far storage technology has come in a relatively short amount of time. We’ve gone from using massive, sluggish spinning disks to tiny, fast SSDs in just a few decades.

And the good news is that the pace of innovation shows no signs of slowing down. The next few years are likely to bring even more advances in hard drive technology, making our data storage devices smaller, faster and more reliable than ever before.