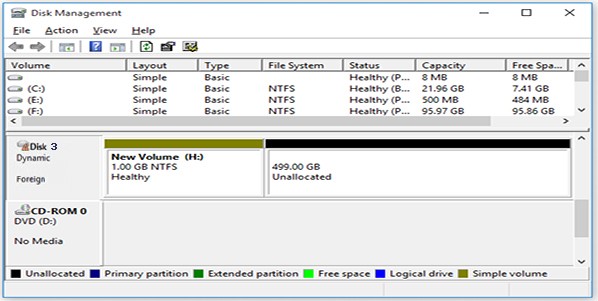 Foreign Dynamic Disk: you are confused! Here is the explanation

Blog Foreign Dynamic Disk: you are confused! Here is the explanation

Did you know that Windows can actually show a dynamic disk as ‘foreign’? This is because dynamic disks have a different schema than basic disks, and so when you connect the disk to a new system, it requires reformatting for it to be readable. The good news is that you won’t need to worry about any of this if you add an additional Windows-assigned volume letter on your computer – which will act as proof enough to let people know that the dynamic disk is using your expected drive and not an unknown partition! 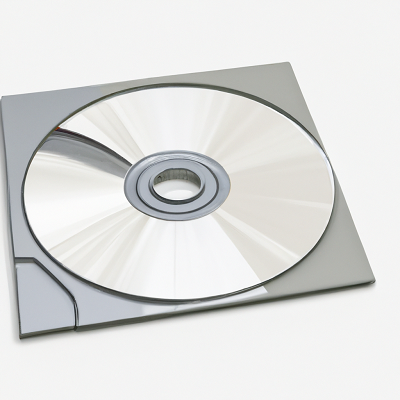 Foreign dynamic disk is a very common problem of Windows 8.1/8/7. This article will tell you how to deal with Foreign Dynamic Disk and fix the error in a fast and safe way.

What is dynamic disk and what is Foreign Dynamic Disk

A dynamic disk is a physical disk that uses a logical volume management (LVM) system. LVM allows you to create, resize, and delete logical volumes on the fly without rebooting the system. This flexibility comes at a price, however: dynamic disks are more complex than traditional partitions, and if something goes wrong, data can be lost. 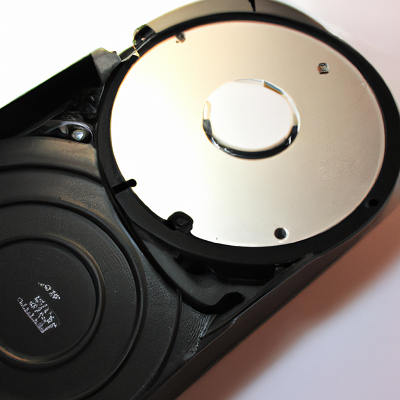 When a hard drive is connected to a computer, the operating system assigns it a unique identifier called a disk number. This number is used to keep track of each individual disk and its partitions. If you connect a hard drive that was previously part of another Windows system, Windows will display a message saying that the disk is foreign.

To import a foreign dynamic disk:

1. Connect the hard drive to your computer.
2.Open Disk Management (diskmgmt.msc).
3. Right-click the disk and select Import Foreign Disks from the context menu.
4. Select the disk you want to import and click OK.
5 .The selected disk will now be imported and accessible in Disk Management

Understanding the Reasons why discharging foreign

When discharging a foreign dynamic disk, there are two things to keep in mind. The first is the compatibility of the disk and secondly, the file system. Let’s take a look at what you need to know about both of these factors.

The Compatibility of the Disk:

The file system on a foreign dynamic disk can be either NTFS or FAT32. If you are using Windows, then you will likely want to format the foreign disk using NTFS so that it can be read by your computer. However, if you are using Linux, then you may want to format theforeign disk using FAT32 so that it can be read by both Linux and Windows computers.

When you first start using a computer, everything is new and you probably don’t know what half of the programs do. One thing that can be especially confusing are foreign dynamic disks. What are they? Do you need them? How do you use them?

Foreign dynamic disks are just like regular dynamic disks, except that they were created on a different computer. If you have a dynamic disk that you created on one computer and then try to access it on another computer, it will show up as a foreign disk. You can still access all of the data on the disk, but you won’t be able to modify any of the settings or create any new partitions.

If you want to use a foreign dynamic disk, you first need to import it into your computer. To do this, open the Disk Management tool (you can find it by searching for “disk management” in the Start menu). Right-click on the disk and select “Import Foreign Disks”. This will bring up a list of all of the foreign disks that are currently connected to your computer. Select the one that you want to import and click “OK”.

Once the disk has been imported, it will show up in Disk Management just like any other disk. You can now create partitions, format volumes, and otherwise manage the disk just like you would any other type of storage.

Another thing to keep in mind is that importing a foreign dynamic disk will delete any partitions that are already on the disk. So, if you have data stored on one of the partitions, you will need to back it up before importing the foreign disk.

When you come across a foreign dynamic disk, the first thing you may think is ‘what is this disk and why can’t I use it?’ Well, don’t worry, because we’re here to explain everything!

This can be confusing because it appears as if the disk is not usable, however with a few steps you can make the necessary changes so that you can utilize the foreign dynamic disk.

The process for using a foreign dynamic disk varies depending on what operating system you’re using, but we’ll go over the most common ones below:

Windows 10: If you have a foreign dynamic disk that was created in Windows 10, you can simply add it to your existing storage pool. Right-click on This PC and select Manage. Click on Storage in the left sidebar and then select Storage Pools. Click on the Add Foreign Disk button and select the disk you want to add. Windows will format the disk and add it to your storage pool.

Windows 7: In Windows 7, you’ll need to use the Disk Management tool to add the foreign dynamic disk to your system. Start by right-clicking on Computer and select Manage. Select Disk Management from the left

If you have multiple computers, you can keep your dynamic disks consistent by using only foreign dynamic disks. This approach requires that you trust all of the computers accessing your disk to not corrupt the data.

Assuming you have a basic understanding of how to create and manage dynamic disks, here are some examples of ways you might choose to utilize a Foreign Dynamic Disk:

2) Use it as an application or game install location: Often, large applications or games come with installation files that take up quite a bit of space. If you have multiple computers, you can save time and energy by installing these applications or games onto a foreign dynamic disk once and then accessing them from any other connected computer.

1. In order to access a foreign dynamic disk, you must first open the Disk Management console.

2. Once the Disk Management console is open, you will see a list of all the disks on your computer. Locate the foreign disk that you want to access and right-click on it.

3. From the menu that appears, select the option labelled ‘Import Foreign Disks’.

4. The next step is to select the drive letter and path for the foreign disk. By doing this, you will be able to access the files and folders on the disk as if it were any other drive on your computer.

5. Finally, click on the ‘Finish’ button and your computer will now be able to read and write to the foreign disk just like any other disk on your system.