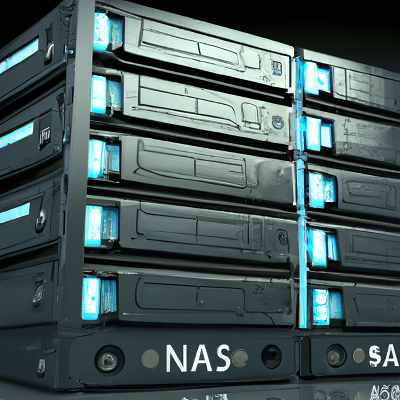 The Benefits Of Using A RAID Configured Hard Drive

Blog The Benefits Of Using A RAID Configured Hard Drive

The RAID (Redundant Array of Independent Disks) configuration is a powerful way to access and store data that offers improved speed, security, and reliability. In this article, we’ll explore the advantages of using a RAID configured hard drive and discuss how it can benefit your business or personal use.

There are many benefits of using a RAID configured hard drive. RAID stands for Redundant Array of Independent Disks, and it is a way of storing data on multiple hard drives. This is done by using a special controller that allows the data to be spread across the drives.

RAID offers several advantages over a single hard drive. First, it increases the storage capacity because the data is spread across multiple drives. Second, it improves performance because the data can be read from or written to multiple drives simultaneously. Third, it provides redundancy, which means that if one drive fails, the data can be reconstructed from the other drives.

There are different types of RAID configurations, and each has its own advantages and disadvantages. The most common types are RAID 0, RAID 1, and RAID 5. RAID 0 offers the best performance but no redundancy; RAID 1 provides redundancy but lower performance; and RAID 5 offers a balance of performance and redundancy.

How were RAID 1 and RAID 5 configured?

RAID 1 is configured by using a mirroring technique. This means that data is written to two hard drives at the same time, creating an identical copy of the data on each drive. If one drive fails, the other drive can be used to retrieve the data.

RAID 5 is configured by using a stripe set with parity information. This means that data is divided into small blocks and written across all of the hard drives in the array. A parity block is also created that contains information about the data blocks. If one drive fails, the parity information can be used to reconstruct the data on the other drives.

There are many benefits of using a RAID configured hard drive. RAID can provide improved performance, reliability, and data protection.

RAID can improve reliability by creating redundancy. This means that if one disk fails, the data can still be accessed from the other disks in the array.

RAID can improve data protection by mirroring data across multiple disks. This means that if one disk fails, the data is still available on the other disks in the array.

The Benefits of Using a Raid Configured Hard Drive

One of the main benefits of using a RAID configured hard drive is increased capacity. This is because you can combine multiple hard drives into a single array, giving you more storage space overall. This is especially beneficial if you need to store large amounts of data or if you have multiple computers that need to be backed up.

Another benefit of using a RAID configured hard drive is increased speed. This is because data can be read from and written to multiple drives simultaneously, which can help to improve performance significantly. This is particularly beneficial if you regularly access large files or if you need to perform time-sensitive tasks such as video editing.

Finally, using a RAID configured hard drive can also improve reliability. This is because data is typically spread across multiple drives in an array, meaning that if one drive fails, the others can still remain operational. This helps to protect your data and ensures that it remains accessible even in the event of hardware failure.

Getting Started with a Raid Configuration

There are two main types of RAID configurations: hardware raid and software raid. Hardware raid is the preferred method as it offers better performance and reliability. However, it does require a dedicated hardware raid controller. Software raid is less expensive and can be used with any computer that has enough available disk space.

When configuring a hardware raid controller, you will need to choose which type of array you want to create as well as which level of raid you want to use. You will also need to select the number of drives you want to include in the

RAID configured hard drives offer a variety of benefits to those looking for increased storage, speed and reliability in their computing environment. By using multiple physical drives and configuring them in different ways, users can maximize the performance of their system while also ensuring that data is safe from any potential disasters. Whether you’re looking for increased read/write speeds or want to protect your valuable data, RAID configured hard drives are an excellent choice.