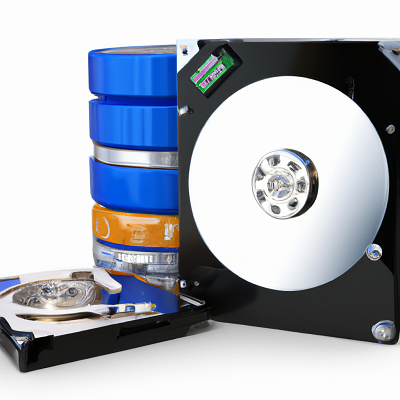 An In-Depth Comparison Of NTFS Across All Windows Versions: What Has C …

Articles An In-Depth Comparison Of NTFS Across All Windows Versions: What Has C …

An In-Depth Comparison Of NTFS Across All Windows Versions: What Has Changed, And What Remains The Same

If you’re knowledgeable about computers and the different versions of Windows, you may have heard of NTFS (New Technology File System). But did you know that this technology is not the same for each version of Windows? In this blog post, we’ll be taking an in-depth look at NTFS and seeing how it differs across all versions of Windows.

When it comes to file systems, NTFS is one of the most widely used. It’s been around for quite some time and has seen a number of changes over the years. In this article, we’ll take a look at how NTFS has changed across all Windows versions, what remains the same, and what new features have been introduced. 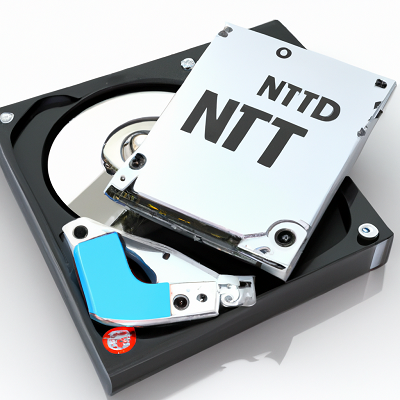 One of the biggest changes in recent years has been the move to 64-bit addressing in NTFS 3.2. This means that more than 4 billion files can now be addressed by NTFS, making it much more scalable than before. Another change is support for transparent compression and sparse files, which were introduced in NTFS 3.1.

Other than that, not much has changed in the core functionality of NTFS over the years. The biggest difference you’re likely to see is in the way that it’s used by different applications and utilities. For example, Windows PowerShell uses a provider model to expose the functionality of NTFS to users in a cmdlet-based interface.

So there you have it – a brief introduction to how NTFS has changed over the years and what new features have been introduced.

Comparison of NTFS Across All Windows Versions

NTFS has been the default file system for Windows since the release of Windows NT in 1993. In the 25 years since then, there have been many changes to both Windows and NTFS, but NTFS has remained largely the same.

One of the biggest changes to NTFS came with the release of Windows Vista in 2006. With Vista, Microsoft introduced a new version of NTFS ( dubbed ‘Vista NTFS’ by some), which added several new features, including support for hard links and extended attributes. However, these new features were not backward-compatible with older versions of Windows, so any files that used them could not be read by older versions of Windows.

Despite this change, NTFS has remained largely the same across all versions of Windows. The only other major change to NTFS came with the release of Windows 8 in 2012, when Microsoft added support for Refs (aka Resilient File System). Refs is a new file system that is designed to be more robust and efficient than NTFS, but it is not yet widely used.

So what hasn’t changed about NTFS? Well, it’s still a journaling file system, meaning that it keeps track of all changes made to files stored on it. This allows for easy recovery in the event of a power failure or other unexpected shutdown. It also means that files can be easily corrupted if they are not properly closed before shutting down.

When it comes to NTFS, there are a few key things that remain the same across all Windows versions:

-NTFS is a journaling file system, meaning that changes to files are tracked in a log before they are actually committed to the file. This helps to prevent data corruption in the event of a power loss or system crash.

-NTFS uses an indexing structure called the Master File Table (MFT) to keep track of all the files on a volume. This makes NTFS very efficient when it comes to looking up files by their name or other metadata.

-NTFS has built-in support for compression and encryption, which can help to save space and keep sensitive data safe, respectively.

However, there have been some significant changes made to NTFS in newer Windows versions:

-In Windows Vista and later, NTFS supports something called ‘Transactional NTFS’ (TxF). TxF allows file operations to be treated as atomic transactions, meaning that either all of the changes are committed or none of them are. This helps to prevent data corruption if a power loss or system crash occurs in the middle of a file operation.

-In Windows 7 and later, NTFS supports ‘symbolic links’. Symbolic links are like shortcuts, but they work at the file system level instead of at the application level. This means that any program that access

Windows 7 and 8 represent a major shift in Microsoft’s Windows operating system. The two versions are very different from one another, with Windows 8 being a complete overhaul of the traditional Windows interface. Although there are many differences between the two versions, they do share some similarities. One area where they differ is in their support for NTFS.

In terms of NTFS support, Windows 7 is largely similar to Vista. There are a few new features, but nothing major has changed. Windows 8, on the other hand, introduces several changes to how NTFS works. The most significant change is the introduction of full-disk encryption. With this feature enabled, all data on the disk is encrypted and can only be accessed with a valid key. This provides much better security than previous versions of Windows, which only encrypt files when they are placed in specific directories.

Another change in Windows 8 is the addition of permissions control for individual files and folders. This allows administrators to granularly control who has access to what data. Previous versions of Windows only allowed for granting or denying access to an entire drive or volume.

Overall, NTFS support in Windows 8 is greatly improved over previous versions of Windows. Full-disk encryption and granular permissions offer much better security, while new features like transparent file compression make managing large amounts of data easier than ever before.

Over the years, the Windows NT File System (NTFS) has undergone many changes. With each new version of Windows, Microsoft has made improvements and additions to NTFS. In this article, we’ll take a look at the major changes to NTFS across all Windows versions, from Windows NT 3.1 to the latest release, Windows 10.

Windows NT 3.1 was the first version of Windows to use NTFS as its default file system. At the time, NTFS was a significant improvement over the FAT file system that was used in earlier versions of Windows. NTFS provided better security and reliability than FAT, and it also supported larger volumes and file sizes.

Windows 2000 was the next major release of Windows, and it included several enhancements to NTFS. Support for compressed files and folders was added, along with support for encryption. These features made NTFS even more secure and reliable than before.

Windows XP brought even more improvements to NTFS, including support for disk quota management and Volume Shadow Copy Service (VSS). VSS allows users to restore previous versions of files that have been modified or deleted. Disk quotas allow administrators to limit the amount of disk space that users can consume on an NTFS volume.

What Has Changed with NTFS In Each Version of Windows?

When it comes to NT File System (NTFS), there have been many changes made throughout the years with different Windows versions. Here is a detailed look at what has changed with NTFS in each version of Windows, as well as what remains the same:

Windows NT 3.1 – This was the first version of Windows to use NTFS and it included several major changes such as support for long file names, compression, and encryption.

Windows NT 4.0 – The biggest change in this version was the introduction of the New Technology File System (NTFS) Journaling feature which helped to prevent data corruption.

Windows XP – In terms of NTFS, perhaps the biggest change in Windows XP was the addition of the Encrypting File System (EFS) which allowed users to encrypt their files and folders for additional security.

Windows Vista/7 – With these newer versions of Windows, Microsoft has continued to build upon the success of NTFS by adding new features such as shadow copies, hard links, and Symbolic Links. Additionally, they have also made significant improvements to performance and security.

NTFS is a journaling file system, which means that it keeps track of changes made to files and folders on the disk. This allows NTFS to recover from errors more easily and helps to prevent data corruption. NTFS also supports hard links and symbolic links, which allows multiple files to share the same data on the disk. Hard links are similar to shortcuts in that they allow multiple files to point to the same data on the disk. Symbolic links are similar to aliases in that they allow a file or folder to be referenced by another name.

NTFS File Compression: NTFS supports transparent compression of individual files and folders. This can help save space on your hard drive and can improve performance when working with compressed files.

NTFS encryption: NTFS supports transparent encryption of individual files and folders. This can help protect your data from being accessed by unauthorized users.

What Has Remained The Same Across All Versions Of Windows?

Windows NT File System or NTFS is a proprietary Microsoft file system introduced with Windows NT. NTFS has several technical improvements over the standard FAT file system, including performance, security, and reliability enhancements. Although the initial release of Windows NT did not include support for compression or encryption, these features were later added in Windows 2000.

Despite the numerous changes and additions made to NTFS over the years, there are still many aspects that have remained the same across all versions of Windows. This includes the basic structure of an NTFS volume, which consists of a boot sector, an MFT (Master File Table), and user data files. The boot sector contains information about the location and size of the MFT, as well as a backup copy of the MFT. The MFT is a database which stores information about all of the files on an NTFS volume. User data files are stored in clusters, which are groups of sectors that store data for a single file.

The layout of an NTFS volume has remained largely unchanged since its inception in Windows NT 3.1. However, some minor changes have been made to improve performance and reliability, such as moving the location of the boot sector on larger volumes (> 2GB)

We hope this in-depth comparison of NTFS across all Windows versions has been of use to you. No matter what version of Windows you’re running, it’s clear that NTFS is a stable, powerful file system for keeping your data safe and organized. If you are considering upgrading or switching over to the latest version of Windows, take into account the changes between each iteration so that you can be sure your data is well protected from any potential threats. With the differences outlined here in detail, we trust that this guide will help make your transition smooth and stress free.