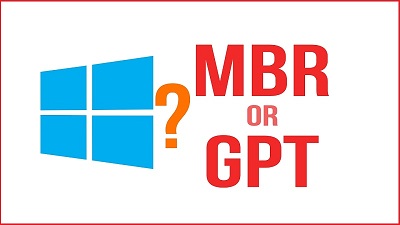 MBR Vs GPT: Which Is Better For Your Hard Drive?

Articles MBR Vs GPT: Which Is Better For Your Hard Drive?

MBR Vs GPT: Which Is Better For Your Hard Drive?

There are two main types of hard drive partitions: MBR and GPT. Both have their own advantages and disadvantages, so which one is better for you? In this article, we’ll compare MBR and GPT to help you make the best decision for your hard drive. 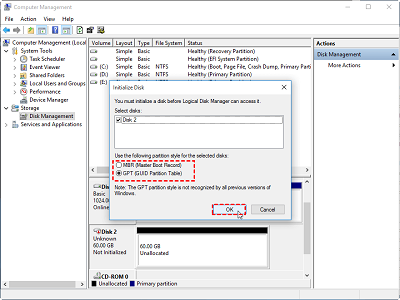 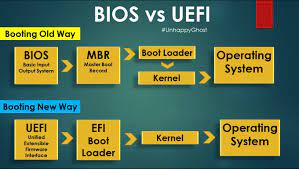 GPT, or GUID Partition Table, is a newer standard for partitioning hard drives that overcomes many of the limitations of MBR. GPT uses a more flexible approach to partitioning, allowing for more than four primary partitions on a single drive. Additionally, GPT supports drives larger than 2TB and can be used on both BIOS and UEFI systems. 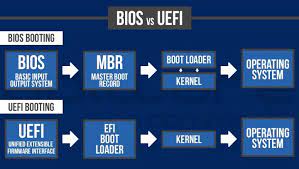 Advantages and Disadvantages of MBR

The MBR (Master Boot Record) is the traditional hard drive partitioning scheme. It has a number of advantages and disadvantages:

Advantages:
– MBR is a simple and well-understood partitioning scheme. It has been around for a long time and is supported by a wide range of operating systems and tools.
– MBR can be used on drives of any size.
– MBR uses a relatively small amount of space on the drive, leaving more room for data partitions.

Disadvantages:
– MBR only supports up to 4 primary partitions. If you need more than 4 partitions, you must create an extended partition and then create logical partitions within that. This can be confusing for some users.
– MBR does not support drives larger than 2TB in size. This limitation is due to the way the address space is divided up in an MBR partition table.
– The boot process for an MBR drive can be slower than for a GPT drive, due to the need to read both the MBR and GPT tables.

What Does MBR Contain?

The MBR (Master Boot Record) is the first sector of a hard drive. It contains a boot loader for the operating system and information about the partitions on the drive.

The GPT (GUID Partition Table) is a newer standard that is slowly replacing MBR. It is more robust and can handle larger drives and more partitions.

Which one you use depends on your needs, but GPT is generally a better choice.

MBR vs GPT: what’s the difference?

There are two main types of partition style used on hard drives: MBR (Master Boot Record) and GPT (GUID Partition Table). So, which one is better?

MBR is the traditional partition style that has been used for many years. It’s simple and easy to understand, and it works well with older operating systems. However, it has some limitations. For example, it can only support up to 4 primary partitions, and it can’t be used with drives larger than 2TB.

GPT is a newer partition style that was introduced with Windows Vista. It overcomes the limitations of MBR by supporting an unlimited number of partitions and drives up to 16TB in size. It’s also more robust and can offer better data protection.

Advantages and Disadvantages of GPT

GPT has a number of advantages over MBR, including:

1. GPT can be used for drives larger than 2TB. MBR is limited to 2TB.

2. GPT supports more than 4 partitions on a drive. MBR is limited to 4 primary partitions, or 3 primary and 1 extended partition.

3. GPT is more robust and provides better error checking and recovery than MBR.

4. GPT drives can be bootable on UEFI systems without the need for a BIOS compatibility layer like Legacy BIOS mode.

However, there are also some disadvantages to using GPT:

1. GPT drives are not compatible with older operating systems that only support MBR. This includes Windows XP and earlier versions, as well as some Linux distributions.

2. GPT drives require special software to create and manage partitions. This software is not always available on all platforms, which can make it difficult to transfer data between different systems.

3. The increased size of the partition table on GPT drives (128 bytes vs 64 bytes on MBR) can slightly decrease performance compared to MBR drives

Which One Should You Use?

If you’re not sure which one your computer has, you can usually check the documentation that came with it. If you can’t find that, there are a few ways to check. One is to look at the disk in Disk Management (in Windows) and see if it says “GPT” or “MBR” next to the disk’s name.

Another way is to use a command line tool like Diskpart (in Windows) or fdisk (in Linux). With these tools, you can list the partitions on a disk and see if any of them are marked as “primary” or “active.” A primary or active partition is typically used for booting an operating system, so if you see one of those partitions on your hard drive, it’s likely using MBR.

If you’re still not sure, or if you just want to be safe, you can always format your hard drive as GPT and then try installing your operating system. If it doesn’t work, you can always reformat it as MBR and try again.

When to Use MBR

There are two main types of partitioning for hard drives: MBR (Master Boot Record) and GPT (GUID Partition Table). So, which is better for your hard drive?

GPT is a newer standard that’s slowly replacing MBR. It supports drives over 2TB in size and up to 128 partitions. GPT also uses a more robust method of storing partition information, which means it’s less likely to become corrupted.

Wehn to Use GPT

GPT is a standard for partitioning disks that allows for greater flexibility and more robust data handling than the older MBR standard. GPT is generally a better choice for most users, but there are some situations where MBR may be a better option.

If you’re not sure which partitioning system to use on your hard drive, here are some general guidelines:

– If you have a new computer or hard drive, it’s probably using GPT already. There’s no need to change it.

– If you’re installing Windows on a new hard drive, you should use GPT unless you have specific reason to use MBR (like compatibility with an older BIOS).

– If you’re dual-booting Windows and Linux, you can usually use either GPT or MBR. Some Linux distributions don’t support GPT, so in that case you would need to use MBR.

– If you’re using an external hard drive for storage, GPT is generally a better choice since it supports drives larger than 2TB.

The advantages and disadvantages of MBR and GPT disks are pretty clear. If you need more than 4 primary partitions, or if you want to use disk encryption, then GPT is the way to go. Otherwise, MBR should be just fine. In the end, it’s really up to you which one you choose – there’s no right or wrong answer.