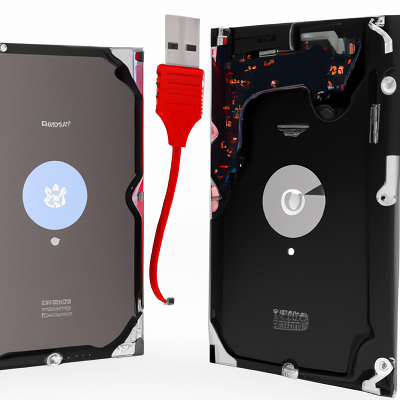 The Big Difference Between External Hard Drives Connected Via USB Vs. …

Articles The Big Difference Between External Hard Drives Connected Via USB Vs. …

The Big Difference Between External Hard Drives Connected Via USB Vs. SATA

With so many options available when it comes to storage technology, it can be difficult to determine which type of drive is right for you. In this article, we’ll break down the differences between USB and SATA external hard drives, outlining the pros and cons of each as well as how they compare in terms of performance. Read on to learn more about how these two types of drives compare – and see which one is best for your needs! 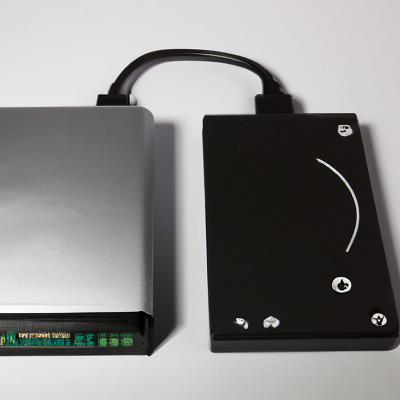 What is a Hard Drive?

A hard drive is a type of computer storage device that holds data in the form of 0s and 1s. It uses spinning disks to store data, with each disk platter divided into tracks and sectors. Data is read from and written to the hard drive by a head that moves across the disk surface.

USB (Universal Serial Bus) is the most popular interface for connecting external hard drives to computers. USB 2.0 has a maximum data transfer rate of 480 Mbps (60 MB/s), while USB 3.0 supports transfer speeds up to 5 Gbps (625 MB/s).

The Difference Between SATA and USB

So if you’re looking for speed, SATA is the way to go. But there are some tradeoffs. First, SATA requires a special cable that you might not have lying around (though it’s not terribly expensive). Second, SATA drives tend to be more expensive than their USB counterparts.

If you don’t need the speed and you want to save some money, go with USB. It’s also worth noting that most new computers have both USB and SATA ports, so you can always upgrade to SATA later if you find that you need the extra speed.

How Does A SATA Connection Work?

A SATA connection is a high-speed serial data connection used for connecting computers and devices. The full name is Serial ATA, which stands for Advanced Technology Attachment. SATA is the successor to the older Parallel ATA (PATA) standard, offering several advantages over the older technology.

SATA uses a much narrower cable than PATA, which reduces clutter and improves airflow inside the case. SATA cables are also much easier to connect and disconnect than PATA cables.

SATA supports much higher data transfer rates than PATA, up to 6 Gb/s in the latest version. This enables faster boot times and quicker access to files stored on a SATA hard drive.

SATA hard drives can also be hot-swapped, meaning they can be removed and replaced without having to power down the computer first. This is a handy feature if you need to quickly replace a failed hard drive or add additional storage capacity.

How Does A USB Connection Work?

USB (Universal Serial Bus) is a standard that allows devices to be connected to a computer via an external port. USB ports are typically found on the back of computers, and are used to connect peripherals such as keyboards, mice, printers, and scanners.

Most external hard drives come with a USB cable that can be plugged into any available USB port. Once the cable is plugged in, the computer will automatically detect the device and configure it for use.

USB connections are typically much slower than SATA connections, but they are also much more convenient since they do not require any special drivers or software.

Plugging in an External Hard Drive

When it comes to external hard drives, there are two main ways to connect them to your computer: via USB or SATA. Both have their own benefits and drawbacks, so it’s important to know which one is right for you before making a purchase.

USB connection is the most common and typically the easiest way to connect an external hard drive. All you need is a USB cable and the appropriate port on your computer – most laptops and desktops nowadays have at least one USB port. The downside of USB is that it has lower data transfer speeds than SATA, so if you’re looking to use your external hard drive for things like video editing or gaming, SATA might be a better option.

SATA connection, on the other hand, offers much faster data transfer speeds but can be more difficult to set up. You’ll need an available SATA port on your motherboard, as well as a cables specifically designed for SATA connections. If you’re not sure whether your computer has an available SATA port, consult your manual or ask a professional. However, once you have everything set up, you’ll be able to take advantage of those faster data transfer speeds!

Are there any other options for connecting external hard drives to a computer?

There are a few different ways to connect an external hard drive to a computer. The most common method is by using a USB cable, but there are also options for connecting via SATA or Thunderbolt. each option has its own set of benefits and drawbacks that you’ll need to consider before making a decision.

USB is the most common and most affordable option for connecting an external hard drive to a computer. It’s also one of the easiest methods to set up since most computers already have USB ports built-in. However, USB connections are typically slower than other options like SATA or Thunderbolt.

SATA is another popular option for connecting external hard drives, but it requires a special SATA cable that can be difficult to find. It’s also more expensive than USB. However, SATA connections offer much faster data transfer speeds than USB, so it’s worth considering if speed is a priority for you.

Thunderbolt is the fastest option for connecting external hard drives to a computer, but it’s also the most expensive. Thunderbolt cables are also much less common than USB or SATA cables, so they can be harder to find.