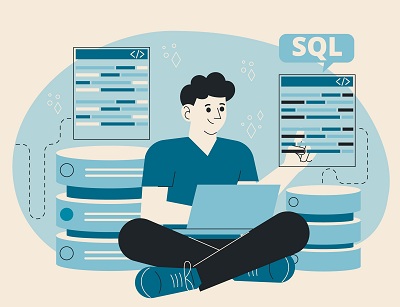 The Pros and Cons of 11 Popular Databases

Articles The Pros and Cons of 11 Popular Databases

The Pros and Cons of 11 Popular Databases

If you’re a developer, then you know there are a lot of different databases out there to choose from. And each has its own set of pros and cons. In this blog post, we’ll explore the 11 most popular databases and help you decide which is right for your project. From MySQL to MongoDB and everything in between, we’ll cover all the bases so that you can make an informed decision about which database is right for you. 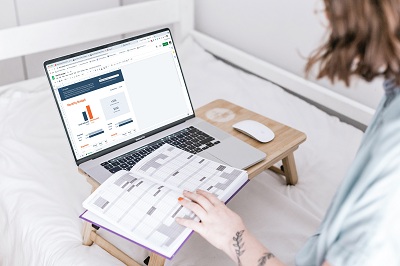 What to look for in a database?

When choosing a database, there are many factors to consider. Here are some important things to look for:

1. Ease of use: The database should be easy to use and understand. It should have good documentation that is easy to follow.

2. Support: The vendor should offer good support in case you have any problems using the database.

3. Scalability: The database should be able to scale up or down as your needs change.

4. Flexibility: The database should be flexible and allow you to customize it to meet your specific needs.

5. Security: The database should be secure so that your data is safe from unauthorized access.

Oracle is a powerful, reliable, and easy to use database that has been on the market for over 30 years. It is used by some of the world’s largest organizations, including banks, insurance companies, and government agencies. Oracle offers a wide range of features, including:

Oracle also has some drawbacks, including:

MySQL is one of the most popular databases available, and it has a lot of great features. However, it also has some drawbacks that you should be aware of before you decide to use it for your project.

One of the biggest advantages of MySQL is that it’s open source, which means that it’s free to use. It also has a large community of users and developers who can help you if you run into any problems. Additionally, MySQL is very fast and scalable, which makes it ideal for large projects. 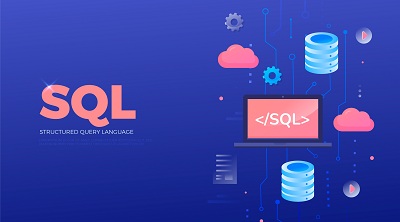 Microsoft SQL Server is a relational database management system (RDBMS) developed by Microsoft. It is a popular choice for many small and medium-sized businesses (SMBs) because it is easy to set up and manage.

However, there are some drawbacks to using Microsoft SQL Server. First, it is not as widely supported as other databases such as MySQL or PostgreSQL. This can make finding qualified support staff more difficult. Second, Microsoft SQL Server does not have as many features as some of the other popular databases. For example, it does not support horizontal scaling, which means that it can be more difficult to scale up your database as your business grows.

Overall, Microsoft SQL Server is a good choice for small and medium-sized businesses that need an easy-to-use RDBMS. However, you should be aware of its limitations before deciding to use it for your business.

PostgreSQL is one of the most popular relational database management systems (RDBMS). It is open source and available for free. It has a large community and many third-party tools.

PostgreSQL is very stable and reliable. It has a strong reputation for being able to handle high workloads. Its feature set is rich, including support forJSONB, GIN indexes, and materialized views.

However, PostgreSQL can be complex to set up and administer. It can also be slow when compared to other databases such as MySQL or MongoDB.

MongoDB is a powerful document-oriented database system. It has an index-based search feature that makes data retrieval quick and easy. MongoDB also offers a scalability feature, allowing it to handle large scale data.

However, MongoDB has some drawbacks. One is that it uses more disk space than other databases because of its document-oriented nature. Another downside is that it can be challenging to work with MongoDB if you’re not familiar with JavaScript.

MariaDB is a popular relational database management system (RDBMS), and is a fork of the MySQL RDBMS. It is widely used as a database for web applications, and its popularity has been increasing in recent years.

There are many reasons for MariaDB’s popularity, including its performance, scalability, and robustness. Additionally, it is easy to use and has a wide range of tools and features. However, there are also some drawbacks to using MariaDB. For example, it can be difficult to migrate from other database systems to MariaDB, and it lacks some features that other databases have.

Overall, MariaDB is a powerful and versatile database system that is well-suited for a wide variety of applications.

IBM DB2 is a powerful and feature-rich database management system. However, it can be complex to use and configure, and it is not always compatible with other databases.

Microsoft Access is a database management system (DBMS) from Microsoft that combines the relational Microsoft Jet Database Engine with a graphical user interface and software-development tools. It is a member of the Microsoft Office suite of applications, included in the Professional and higher editions or sold separately.

Access can be used to store data in different ways: tables, queries, forms, reports, macros, and modules. Tables are the only required object; the others are optional. Each table consists of fields (columns) and records (rows). Fields maintain the attributes of the data being stored, while records contain the actual data values themselves.

Access also has two ways of viewing data: Datasheet view and Layout view. In Datasheet view, users can see all the data in each field and record. This view is best for data entry and for quickly finding specific information. Layout view gives users a more flexible way to format their datasheets by adding graphics, controls, titles, etc.

There are many pros to using Microsoft Access, such as its low cost (if you already have Microsoft Office), its flexibility in terms of design and functionality, its ease of use for beginners, and its ability to connect to other data sources such as Excel and SQL Server. However, there are also some cons to using Access, such as its limited scalability compared to other databases (it is not meant to be used for large-scale applications), its lack of support for certain features

Redis is an open-source, in-memory database that offers a versatile key-value store. As a NoSQL database, it does not use the traditional table structure of relational databases. This gives Redis the ability to offer much higher performance when compared to other databases.

However, this lack of structure also comes with some drawbacks. Redis is not as easy to use as some other databases and it can be difficult to scale. Additionally, because it is an in-memory database, Redis is subject to data loss if there is a power outage or system crash.

SQLite is one of the most popular databases, and it has its pros and cons. On the plus side, SQLite is very lightweight and easy to use. It doesn’t require a separate server, making it ideal for applications that need to be portable or have limited resources. SQLite also has a very small footprint, so it can be embedded into other applications without adding much overhead.

On the downside, SQLite lacks some of the features of more robust databases such as ACID compliance and foreign key support. It also doesn’t scale well to large data sets. For these reasons, SQLite is best suited for small to medium-sized data sets.

Pros:
-Offers a managed service, making it easy to set up and scale
-Flexible pricing options
-Can be used with other AWS services for a complete solution
-High performance and availability

Cons:
-It is a proprietary database, so you are locked into the Amazon ecosystem
-Not as many features as some of the other options

A database is a collection of data that can be accessed by computers. There are many different types of databases, each with its own strengths and weaknesses. The most popular databases are MySQL, Oracle, and Microsoft SQL Server.

MySQL is the most popular database in the world. It is open source, which means it is free to use. It is also very fast and easy to use. However, it is not as reliable as some of the other databases.

Oracle is a commercial database that is used by many large organizations. It is very reliable and has a lot of features. However, it can be expensive to useOracle because it requires a license.

Microsoft SQL Serveris a commercial database that is used by many large organizations. It supports many different programming languages and has a lot of features. However, like Oracle, it can be expensive to use because it requires a license