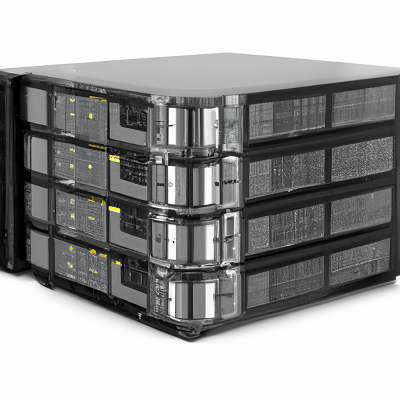 There are many different ways to configure RAID, and it can be difficult to decide which method is right for you. In this article, we’ll pit hardware RAID against software RAID so that you can make an informed decision about which is best for your needs.

RAID (Redundant Array of Independent Disks) is a data storage virtualization technology that combines multiple physical disk drive components into a single logical unit for the purposes of data redundancy and performance improvement.

RAID is implemented as either a software program or as a hardware device, depending on the requirements of the application. When used as a hardware device, RAID is typically managed by a dedicated RAID controller card. When used as a software program, RAID is typically implemented as part of the operating system.

There are many different RAID levels, each offering different levels of redundancy and performance. The most common RAID levels are RAID 0, RAID 1, RAID 5, and RAID 10.

There are many types of computer storage systems available on the market today. Two of the most popular are hardware RAID and software RAID. Both have their pros and cons, so it’s important to understand the differences before making a decision about which one is right for your needs.

However, hardware RAID can be more expensive than software RAID, since you need to purchase the specialized hardware. Additionally, if something goes wrong with the hardware, it can be difficult or even impossible to recover your data without professional help.

Software RAID is a type of storage system that uses regular hard drives and standard computer components, such as a CPU and memory, to manage and store data. One advantage of software RAID is that it’s typically more affordable than hardware RAID

There are many benefits to using software RAID over hardware RAID. Software RAID is typically less expensive and easier to set up and manage. It also offers more flexibility in terms of raid levels and other configurations. In addition, software RAID can be used with any type of disk drive, including SSDs and HDDs.

One downside of software RAID is that it can be more resource-intensive than hardware RAID, which can impact performance. However, this is usually only an issue with high-end servers or when using very large arrays. Overall, software RAID is a great option for most businesses and home users.

Pros and Cons of Hardware and Software RAID

When it comes to setting up a RAID (Redundant Array of Inexpensive/Independent Disks) system, there are two main ways to go about it: hardware RAID and software RAID. Both have their pros and cons, so which one you choose will depend on your specific needs and preferences.

Hardware RAID is typically faster and more reliable than software RAID, since the controller is dedicated to managing the RAID array and doesn’t have to share resources with the rest of the system. However, it can be more expensive and harder to set up, especially if you’re not using a dedicated RAID controller.

Software RAID is usually cheaper and easier to set up, since you can use any computer with multiple hard drives to create a software RAID array. However, it can be slower and less reliable than hardware RAID, since the computer’s CPU and other resources are used to manage the RAID array.

Which is better for you?

Performance: Hardware RAID typically provides better performance than software RAID. This is because the RAID controller can offload some of the work to dedicated hardware, which frees up the CPU for other tasks.

Weighing the pros and cons of hardware RAID vs software RAID is important when deciding which system is right for you. If cost is a primary concern, then software RAID may be the better option as it generally requires less expensive equipment. If performance is your main priority, however, then hardware RAID will likely give you the best results. Ultimately, the decision comes down to what matters most to you and your needs.