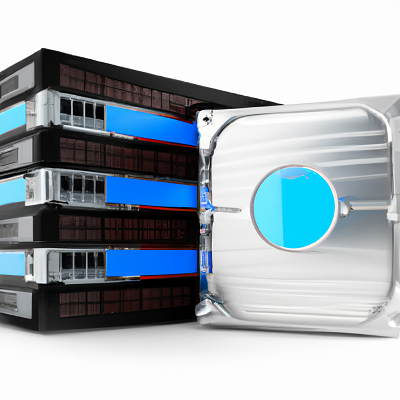 Are you looking for more efficient ways to store and back up your data? If so, then you may have heard of RAID 0 and RAID 1 – two popular methods for doing just that. But which one is better suited for your needs? In this article, we explore the differences between RAID 0 and RAID 1 so that you can make an informed decision when it comes to data storage and backup. 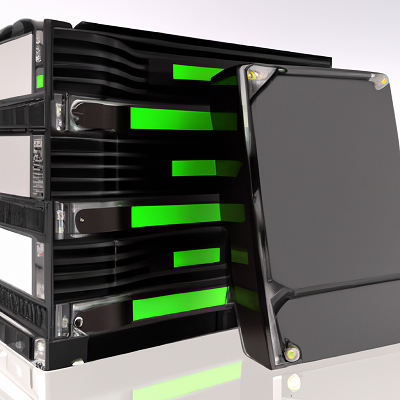 What is RAID Storage?

RAID storage is a data storage technique that involves combining multiple physical disks into a single logical unit. There are many different RAID levels, each offering different levels of performance, capacity, and redundancy.

The most common RAID levels are RAID 0, RAID 1, and RAID 5. RAID 0 offers the best performance but no redundancy, meaning if one disk fails, all data is lost. RAID 1 offers good performance and redundancy by mirroring data across multiple disks, but is limited by the capacity of a single disk. RAID 5 offers a good balance of performance and capacity by striping data across multiple disks with parity information for error correction.

What is RAID 0 and How Does it Work?

RAID 0 is a data storage virtualization technology that combines multiple physical disk drive components into a single logical unit for the purposes of data redundancy, performance improvement, or both.

RAID 0 is typically used to increase performance or create additional redundancy by mirroring data across multiple drives. When used for performance, RAID 0 stripes data across multiple drives, which allows the reads and writes to be spread out and therefore happen faster. When used for redundancy, RAID 0 creates an identical copy of data on each drive, providing protection against failure of any one drive.

To set up a RAID 0 configuration, you will need at least two physical disk drives and a software or hardware RAID controller. The controller manages the Striping process and ensures that the data is written evenly across all of the drives in the array.

Once the RAID 0 array has been created, it will appear to the operating system as a single logical drive. You can then format this drive with any filesystem you like and use it just as you would any other drive.

There are a few things to keep in mind when using RAID 0. First, because Striping does not provide any form of redundancy, if any one drive fails then all data in the array will be lost. Second, because Striping spreads write operations across multiple drives, it can reduce write performance when compared to writing to a single drive. Finally, because of the way Striping works, the total capacity of the array will be equal to

What is RAID 1 and How Does it Work?

RAID 1, also known as disk mirroring, is a data storage redundancy technique that copies and stores data on multiple disks. This is done to provide protection against data loss in the event of a disk failure. RAID 1 can be used with either two or three disks.

RAID 1 provides good protection against data loss due to disk failure but does not protect against data corruption. For this reason, it is often used in combination with another type of RAID such as RAID 5 or 6.

RAID 0 is the fastest and most efficient RAID configuration. It offers the best protection against data loss and corruption, and is the most reliable option for storing large amounts of data. RAID 0 is also the most expensive RAID configuration, but it is worth the investment if you need the highest level of protection for your data.

RAID 0 is not a backup solution and offers no protection against data loss. If one of the drives in a RAID 0 array fails, all of the data on the array is lost.

RAID 0 also offers no redundancy, meaning that if one drive in the array fails, the entire array fails. This can lead to data loss and downtime while the array is rebuilt.

RAID 0 arrays are also more susceptible to performance issues when writes are made to the array. This can cause delays in write operations and degrade overall performance.

RAID 1 is not without its disadvantages, however. One of the biggest is that it is more expensive than other RAID levels, due to the need for two drives. This can be a problem for small businesses or individuals with limited budgets. In addition, RAID 1 offers no redundancy if one of the drives fails, as all data is stored on both drives.

When it comes to data storage and backup, there are two main types of RAID: RAID 0 and RAID 1. Both have their own advantages and disadvantages, so it’s important to know the difference between the two before making a decision.

RAID 0 offers high performance and capacity, but is less reliable than other RAID levels because it doesn’t have any redundancy. This means that if one drive fails, all data on the array is lost.

RAID 1 offers lower performance and capacity than RAID 0, but is more reliable because it uses mirroring to create a copy of data on another drive. This means that if one drive fails, the data can still be accessed from the other drive.

So, which RAID level is right for you? It depends on your needs. If you need high performance and capacity, then RAID 0 is a good choice. However, if you need reliability more than anything else, then RAID 1 is a better option.

RAID 0 and RAID 1 both have their own advantages and disadvantages, so it’s important to consider which one is best for your needs. RAID 0 can provide faster performance but with no redundancy or fault tolerance, whereas RAID 1 offers slower performance with more data protection. Ultimately, the choice between these two configurations depends on what you need from your storage system in terms of speed, capacity, and reliability. If you need fast speeds and high capacities without compromising on data security, a combination of both RAID 0 and RAID 1 might be the right solution for you.