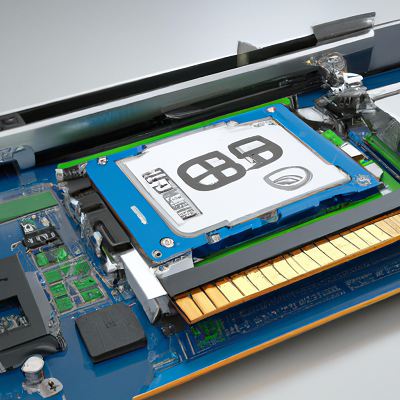 SATA vs. M.2 How Much Faster Is M.2 When It Comes To Booting Time

Blog SATA vs. M.2 How Much Faster Is M.2 When It Comes To Booting Time

In the world of computer hardware, the SATA and M.2 interfaces are two of the most popular options when it comes to connecting components to your motherboard. But when it comes to booting time, is one faster than the other? In this article, we’ll find out how much faster M.2 is compared to SATA and what impact it has on your boot time.

M.2, formerly known as the Next Generation Form Factor (NGFF), is a specification for internally mounted computer expansion cards and associated connectors. It replaces the mSATA standard, which uses the PCI Express Mini Card physical card layout and connector.

The M.2 standard was developed by Intel in collaboration with PC manufacturers and chipmakers including Samsung, Toshiba, and SanDisk. It was originally designed as a successor to the mSATA standard for use in small form factor and mobile computers. The M.2 specification allows for different module widths and lengths, and defines four new module types: SATA-based modules, PCI Express-based modules, combo modules that support both SATA and PCIe data transfers, and wireless modules with an integrated antenna.

While M.2 modules are not compatible with existing mSATA slots, they can be used in adapter cards that plug into traditional SATA or PCI Express slots

SATA (Serial Advanced Technology Attachment) is a computer bus interface that connects host bus adapters to mass storage devices such as hard disk drives and optical drives. SATA uses a point-to-point architecture, meaning each device has its own dedicated connection to the host controller. This allows for much higher data transfer rates than older technologies like Parallel ATA (PATA).

SATA has become the standard interface for connecting hard drives and optical drives in computers. It is also commonly used in external storage devices such as portable hard drives and USB flash drives.

M.2 is a newer form factor of solid state drive (SSD) that is designed to be much faster than the traditional SATA SSDs. M.2 drives are available in different sizes and with different features, but all are significantly faster than SATA SSDs.

The main advantage of M.2 drives is their speed. They use a PCI Express interface instead of the slower SATA interface, which allows for much higher data transfer speeds. M.2 drives are also much smaller and more compact than SATA SSDs, which makes them ideal for use in laptops and other devices where space is limited.

Another advantage of M.2 drives is that they can be used in conjunction with other PCI Express devices, such as graphics cards or network cards. This allows you to add additional functionality to your computer without sacrificing speed or space.

If you’re looking for the fastest possible boot times and performance, then M.2 drives are the way to go. However, they are more expensive than SATA SSDs and may not be compatible with all computers.

How Does M.2 Compare to SATA in Terms of Booting Time?

SATA is the older standard for connecting storage devices to a computer. M.2 is the newer standard and is much faster than SATA.

When it comes to booting time, M.2 is significantly faster than SATA. A study by Tom’s Hardware found that M.2 reduced boot times by about 50%.

M.2 uses a PCIe interface which allows for much higher data transfer speeds than SATA. This means that M.2 drives can access data much faster than SATA drives, resulting in shorter boot times.

If you’re looking for the fastest possible boot times, then M.2 is the way to go. However, if you’re not worried about shaving a few seconds off your boot time, then SATA will suffice.

Pros and Cons of SATA vs. M.2 in Terms of Booting Time

The SATA interface is the most common hard drive interface. It is found in almost all computers. The M.2 interface is newer and faster than SATA, but it is not as widely available. M.2 drives are more expensive than SATA drives, so you may want to consider the pros and cons of each before deciding which one to buy.

SATA drives have been around for a long time and are very popular. They are typically cheaper than M.2 drives, but they are also slower. If you are looking for a fast boot time, then M.2 is the way to go. However, if you are on a budget, then SATA may be the better option for you.

What Factors Affect the Performance of an M.2 SSD?

There are several factors that can affect the performance of an M.2 SSD. One is the type of interface used to connect the SSD to the motherboard. The most common interface for M.2 SSDs is SATA 3.0, but some newer models support PCI Express 3.0 x4, which can offer significantly higher data transfer speeds. Another factor that can affect performance is the capacity of the SSD. Generally, larger capacity drives will offer better performance than smaller ones. finally, the quality of the NAND flash memory chips used in the SSD can also impact performance. Higher quality chips will typically offer better speed and reliability than lower quality ones.

1. Check your BIOS settings to make sure that M. is set as the primary boot device.

2. If you have an SSD, make sure that it’s connected to the motherboard’s M. slot.

3. Make sure that all of your drives are defragmented. You can do this by running the ‘Disk Defragmenter’ tool in Windows or by using a third-party defragmentation tool.

4.Disable any unnecessary startup programs and services. You can do this by opening the ‘System Configuration’ utility in Windows and selecting the ‘Services’ and ‘Startup’ tabs.

5. Use a faster file system for your boot drive, such as NTFS or exFAT. FAT32 is significantly slower than either of these options.

In conclusion, the M.2 drive is significantly faster than traditional SATA drives in terms of boot time and overall performance. For those looking for a significant increase in speed when it comes to their computer’s bootup times, an upgrade to an M.2 drive may be worth considering. Furthermore, with more and more devices utilizing the higher speeds that come along with these newer drives, purchasing an M.2 drive can help future-proof your system for years to come.