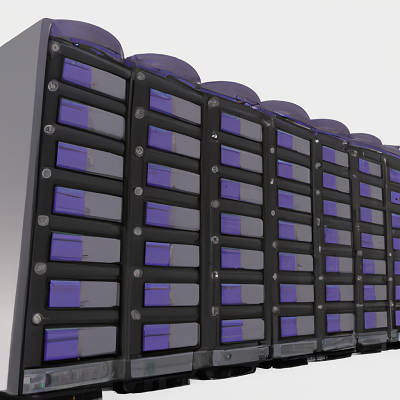 It’s a nightmare no one wants to experience: your hard drive fails, and you’re left with a potentially catastrophic data loss. But what if you have multiple drives in a RAID array? What then? In this article, we’ll explore what happens when a drive in a RAID array fails and discuss the most effective ways to recover your lost data.

Your computer’s hard drive is one of the most important components of your system, and when it fails, it can take your whole system down with it. RAID arrays are designed to protect against hard drive failure by storing data on multiple drives, but if one of the drives in a RAID array fails, the data on the other drives can be lost as well.

When a hard drive fails in a RAID array, you will need to replace the failed drive and rebuild the array. This can be a difficult and time-consuming process, but there are a few things you can do to make it easier.

First, you will need to identify which drive has failed. This can be done by checking the status of the drives in the RAID controller’s management software. Once you have identified the failed drive, you will need to remove it from the array and install a new drive.

When a hard drive fails in a RAID array, the entire array is at risk of failure. The failed drive must be replaced as soon as possible to avoid data loss. If the failed drive is not replaced, the data on the other drives in the array will be at risk of being lost.

RAID arrays are designed to protect data by using multiple drives to store data redundantly. When one drive fails, the data is still accessible from the other drives in the array. However, if two or more drives fail, the data may be lost.

To prevent data loss when a hard drive fails in a RAID array, it is important to have a hot spare ready to replace the failed drive. A hot spare is a spare hard drive that is already connected to the RAID system and is ready to be used if a drive fails. When a hot spare is used, there is no need to shut down the system or rebuild the array, which can take hours or days.

If you do not have a hot spare, you will need to replace the failed drive and then rebuild the RAID array. This process can take several hours or days, during which time your system will be unavailable. To avoid this lengthy downtime, it is best to have a hot spare ready to go before a hard drive fails.

Identifying the Failed Drive in a RAID Array

When a hard drive fails in a RAID array, it can be difficult to identify which drive has failed. There are a few things that you can look for, however, to help narrow down the possibilities.

If you have a RAID controller, check its event logs to see if it has recorded any errors. This can be helpful in identifying which drive may have failed.

Another thing to look for is changes in performance of the RAID array. If you notice that your RAID array is suddenly slower than usual, this could be an indication that one of the drives has failed.

Finally, check the physical condition of the drives themselves. If one of the drives appears to be damaged or is making strange noises, it is likely that this is the failed drive.

If you are still having difficulty identifying which drive has failed, you may need to contact your RAID vendor for assistance.

When To Replace A Damaged Hard Drive

When a hard drive in a RAID array becomes damaged, it is important to replace it as soon as possible to maintain data integrity. A damaged hard drive can cause data corruption and lead to data loss.

If one of your hard drives in your RAID array fails, you will need to replace it with a new one. Here are the steps to do this:

1. Remove the failed drive from the RAID array.

2. Install the new drive into the RAID array.

3. Configure the new drive as a replacement for the failed drive.

Recovering from a hard drive failure in a RAID array can be complicated, but it is possible. Taking the time to backup your data and implementing redundant storage systems are two of the most effective ways to protect yourself against serious losses if this happens. It is also important to know what type of RAID setup you have and which recovery strategies work best for that particular system. With these tips in mind, you should now be equipped with the knowledge needed to recover your data when dealing with a hard drive failure in a RAID array.